I have five free audio books for The Barrows to give away.  If you are willing to leave a candid review and would like a free copy from Audible, email me at anniembellet AT gmail DOT com.

There should be new Gryphonpike out next week, as well, so look for it after the holiday.

Two new audiobooks are out, both of them in the Remy Pigeon series and narrated by the awesome Dan Boice.  Below are cover pictures for the audio versions. Click on the covers to see the books at Audible.com. 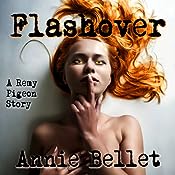 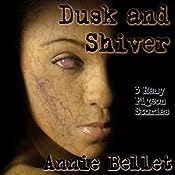 In other news, I’m hard at work on more Gryphonpike Chronicles novellas, with the next Pyrrh novel also in the works.

So, here’s my obligatory award post.  If you are eligible to vote in the Nebulas or Hugos, please consider my work.  Some is free to read online, links included below.

(Avarice misses the SFWA cut-off for novel by a few hundred words, so while I consider it a novel for all intents and purposes, for award purposes, it is technically in the novella category)

Thank you. There are many awesome stories and books out there by amazing writers. The most important thing is that you vote!

As some people have pointed out to me, both my website (anniebellet.com) and the Doomed Muse Press site (doomedmuse.com) are down.  I’m having a minor hosting issue and it will be fixed within the next couple weeks.  Thanks for your notifications and patience!

In other news, Avarice is published!  Here’s the cover and blurb again along with links to find it in ebook form (paperbacks and audio versions are forthcoming):

So, I finished Avarice: Pyrrh Considerable Crimes Division Book 1 and it is currently going through edits.  It’ll be up sometime in early November I think.

The good news is that I’m writing again.  I still feel weird and a little rusty after the accidental break I took, but so far my first readers are saying Avarice is really good, so at least my feelings aren’t reflecting on the writing quality too much.

So I’m getting ready for NaNoWriMo.  I have a couple of novellas to finish up this week so I can get the first Gryphonpike Chronicles omnibus out, but then I’m going to switch to writing a few short novels (pulp length- 35k-45k) for NaNoWriMo and beyond.

And because I love covers and they help me focus on what I’m doing, here’s a preview of what I’ll be working on:

The Dying of the Light: military fantasy about a non-combatant who carries the banner of the king (art by Katerina Romanova).

A Prince Called Courage: fairytale fantasy/romance about a cursed prince, a quest, and making the right decisions (art by Claudia McKinney).

Mayhem: fantasy about a girl living on an archipelago who accidentally releases an evil power into the world and must stop it (art by Tiziano_Baracchi).

So that’s what I’ll be working on during November (along with maybe a couple more, but I don’t have covers for those yet and I might not get to them until December anyway).  It works out to about 4,000 words a day or about 3-4 hours of work daily to finish these.  As usual for my Nano Crazy, I don’t expect I’ll get everything done, but the nice thing about aiming for lots is that even getting half or more done means getting a lot finished.  Anything I get finished will be edited and available to read by the end of the year, so if any of these look cool, make a note. 🙂

I have my probably final but no promises panel schedule for Orycon 2012.

Theme
Ross Island          Fri Nov 2 2:00pm-3:00pm
What is theme?  How do you develop theme in your writing, or should you
even try?  For the sake of future graduate students studying your
brilliant prose, learn about this often-neglected aspect of
storytelling.
(*)Richard A. Lovett, Annie Bellet, Aimee C. Amodio, Wendy N.
Wagner

Writing with all your senses
Lincoln              Fri Nov 2 4:00pm-5:00pm
Writers are always reminded to write with all their senses.  But how far
should they go?  And what about altered senses?  What about characters
that are blind, or in constant pain, or have numbed senses, deafness, or
other disabilities?  Are constant reminders necessary?  What writers can
take for granted, and what they should use to enrich their writing.
(*)Annie Bellet, K.C. Ball, Adrian Phoenix

How a writer’s workshop affected my life
Hamilton             Sat Nov 3 5:00pm-6:00pm
The pros and cons of attending writer’s workshops. Can attendees be
productive and have fun at the same time or it is all work and no play? Do
online workshops count?  What about workshops that break writers?
Annie Bellet, John C. Bunnell, Grá Linnaea, Edward Muller, Edd Vick

Geeks v nerds v freaks
Madison              Sun Nov 4 12:00pm-1:00pm
To which do you aspire?  What are the differences and similarities, and to
what proportion are they found?  What function (or anti-function?) do we,
er, they, serve?
Annie Bellet, Joyce Reynolds-Ward, (*)Janet Freeman, Anthony Pryor